Pasta with Gorgonzola cheese and pear, insulation for the Hampstead-winter

The rich and sharp flavour of gorgonzola cheese is moderated
by the sweetness of pear.
The perfume of truffle oil deepens the taste.
This pasta is very very delicious!! 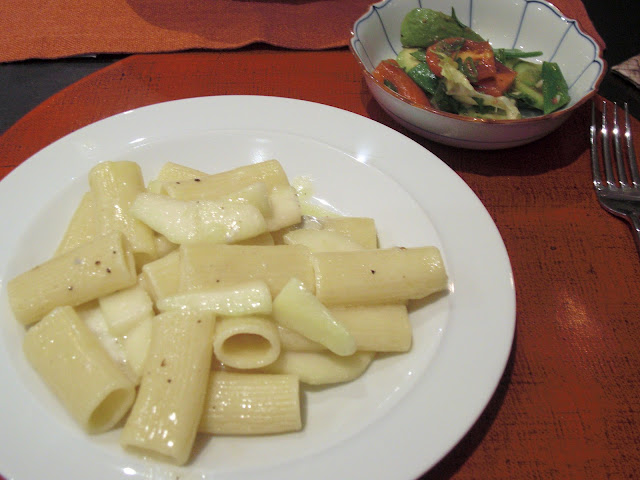 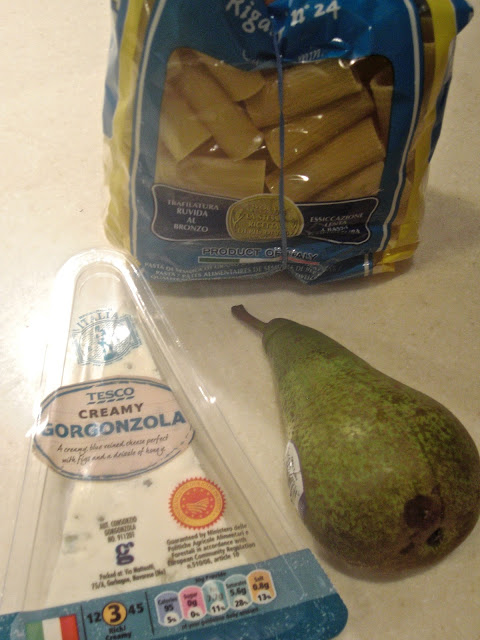 1. Bring 3-4L of water into boil in a large deep pan. Add rigatoni to cook for 10-12 mins as directed or until the al dente condition,
2. While cooking pasta, slice pear into the similar size as rigatoni. Chop gorgonzola cheese into rough pieces 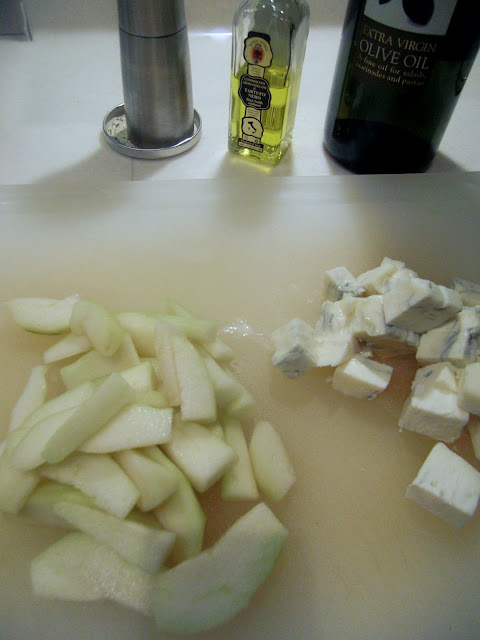 3. Once the pasta is done, store one scoop of boiling water and drain the rest though a net. Then immediately put pasta back into the emptied pan 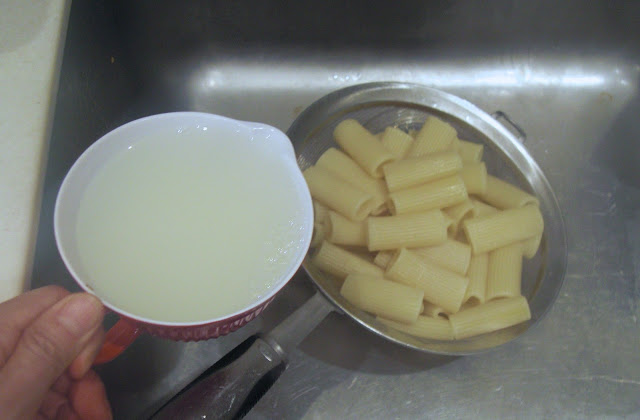 4. Add gorgonzola cheese and 2-3 tablespoons of stored boiling water. Heat up the pan over small temperature to allow cheese melted. Add pear, black pepper, salt and truffle oil. Combine all ingredients well to dress the sauce thoroughly then serve in a plate. 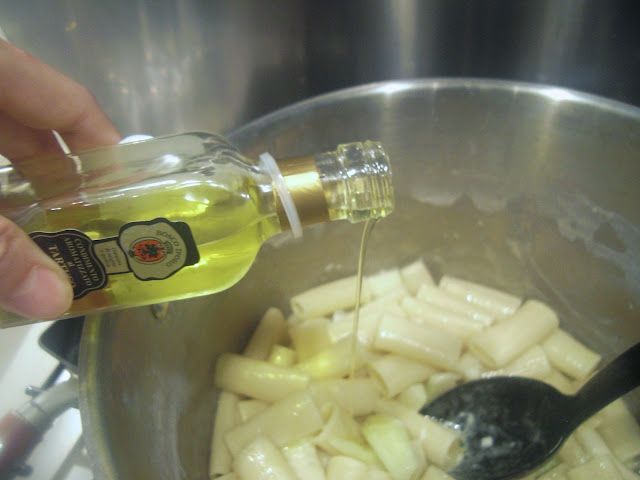 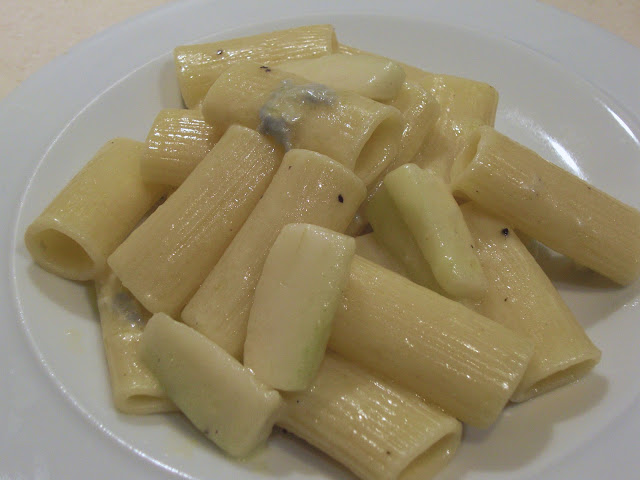 
Hampstead is pretty and massively green. These old (or old-looking) brick and stone constructions are also the feature here.  However, residents must suffer from cold rooms or, if not, a heavy gas bill arrives after winter.

One of my big achievements of last week was, saving heat in this chilled flat.

Our gas boiler is installed under the kitchen sink. Two bare copper pipes come out from the boiler to provide hot water elsewhere. These pipes kept warming underneath of kitchen sink where a garbage bin is accommodated. What a waste of energy.

I got 3 pieces of insulation lagging for pipes (1m each) from Amazon. 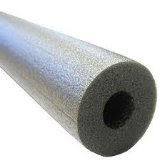 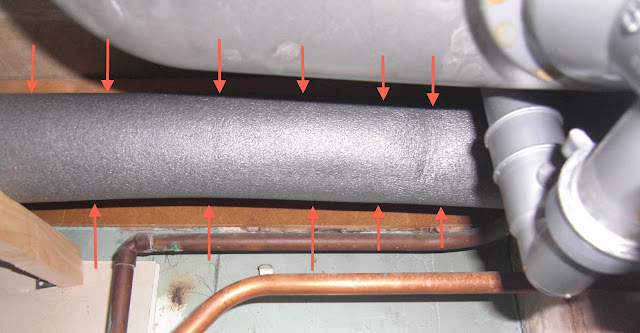 With some efforts, I could squeeze two hot pipes together into one lagging to cover. No more heat under the sink. I felt so good!! With the remained lagging, I covered these warm-pipes of the bath room tank as well. 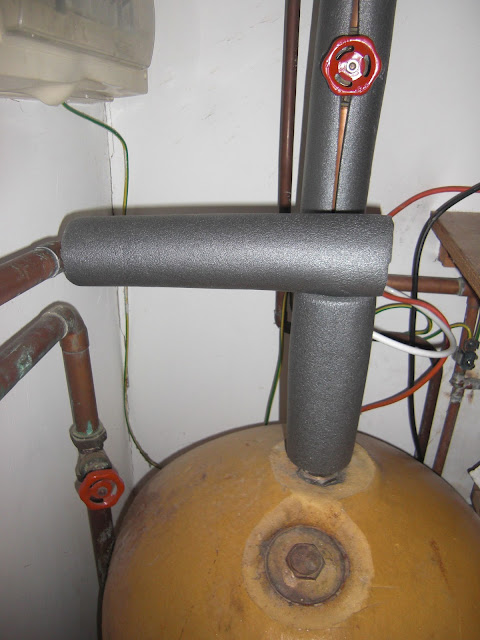 Another achievement was, sealing gaps of windows. Residents here are not allowed to replace wooden framed windows into the modern ones to preserve the old and pretty landscape of Hampstead. Wooden framed windows got many gaps and they are mostly too big to fill with regular insulation tapes sold in DIY shops.

The quickest and cheapest methodology is the Russian way (according to my Russian husband), sealing windows with transparent tapes!! 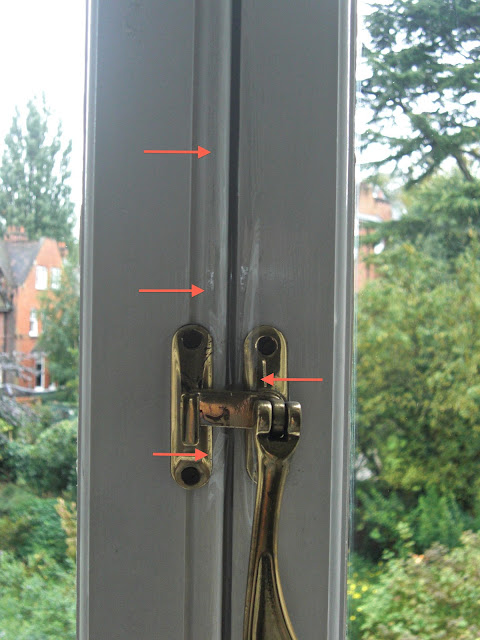 Except one, I sealed all windows in our living room as I did last winter. In last year, as a result, we could cut the gas bill into the half from the previous.

I am already excited to see our gas and electricity bill after winter.