I think this recipe and involved techniques are so useful in many other recipes and food ingredients. 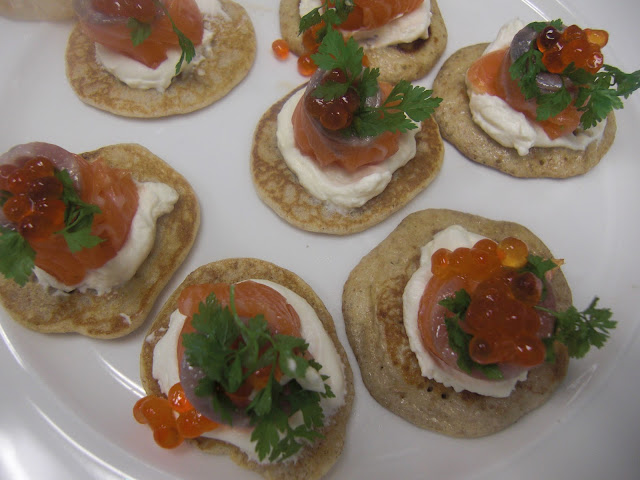 A piece of fresh salmon was marinated with lemon and lime juice, chervil, dark sugar, coriander seeds for 1 hour (desirably overnight).
The fishy smell and extra fat of salmon were removed and the meat gets lean. 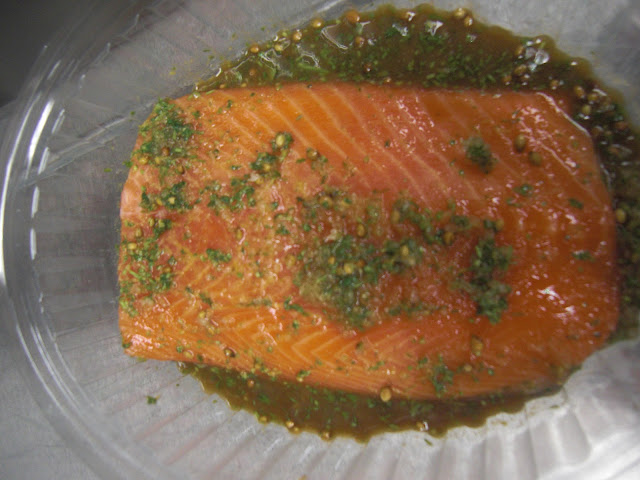 The skin was removed and the portion was sliced thinly to be rolled up in a rose shape on blini. 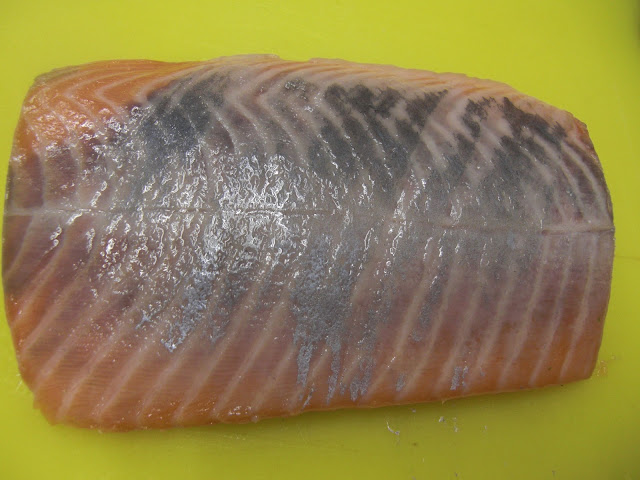 The batter of blini was made in authentic Russian method.
Buckwheat flour, salt, egg yolk and brown sugar were combined with active east. After milk was added,  it was rested for some hours (desirably over night).
Then just before baking, it was combined with whipped egg white. 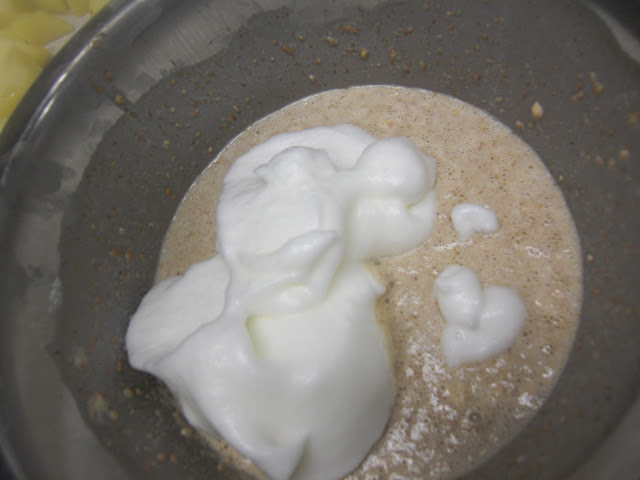 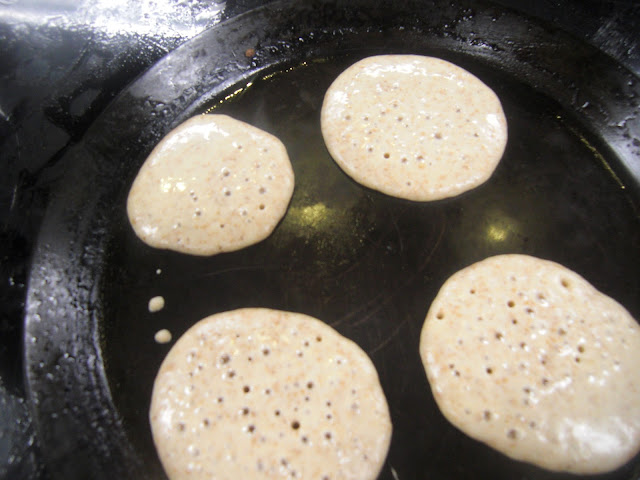 By using yeast and melange (instead for using baking powder), the texture of blini was very fluffy but at the same time nicely moist.

By heating up in microwave, we could enjoy them next day as well.
I'll definitely make pancake with this method!! 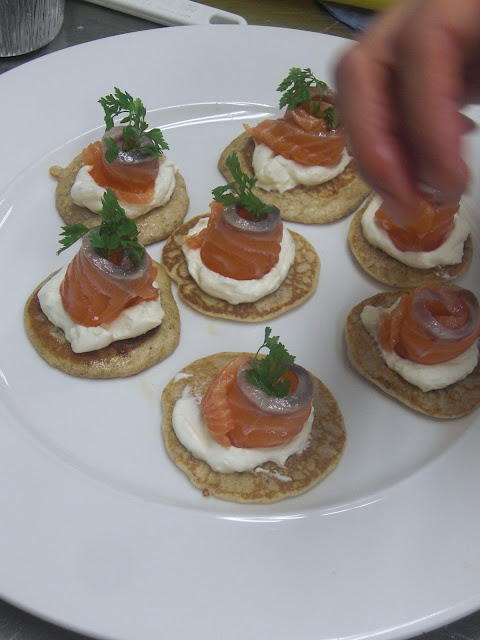 The cream was made of grated horseradish, lime juice and whipped cream.
It tasted like a rich sour cream.
I used this for salad and curry.

This pudding was delicious!
Variety of dried fruits were soaked in brandy and combined with egg, dark sugar and self raising flour. 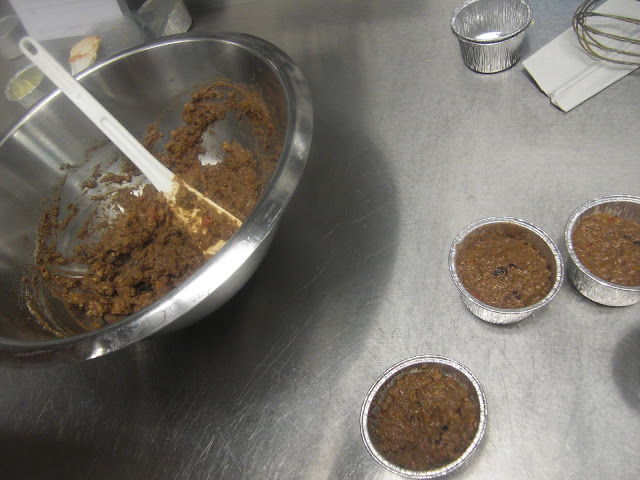 The batter was filled in the greased cup-container, covered with cling film and steamed for about 1 hour. 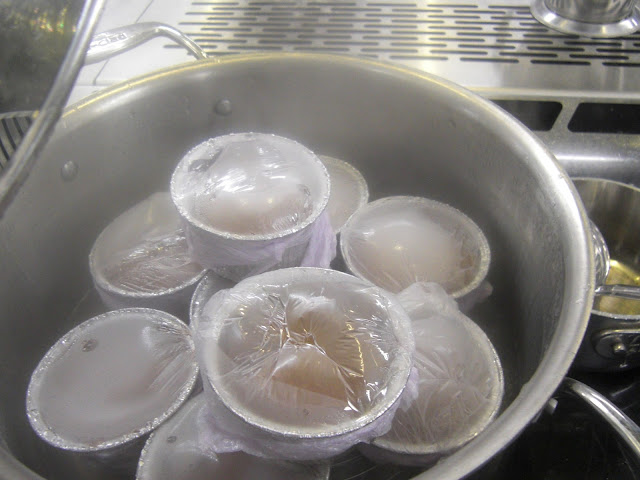 After 50 mins, the centre of cling film was pierced with a knife.
This prevents cling film sticks to the surface of dough once it is done. 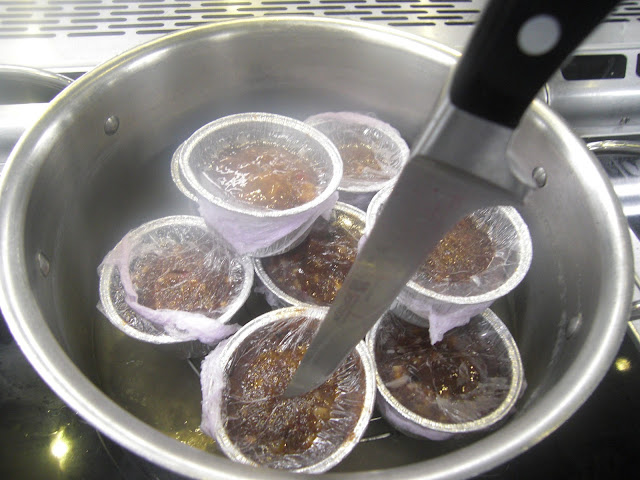 Fresh milk and egg yolk with sugar were infused with vanilla pod and seeds respectively and combined in a pan.
Then it was heated up over low temperature while continuously stirred with spatula until it got 82C..
An elegant custard sauce was completed by adding a spoon of brandy! 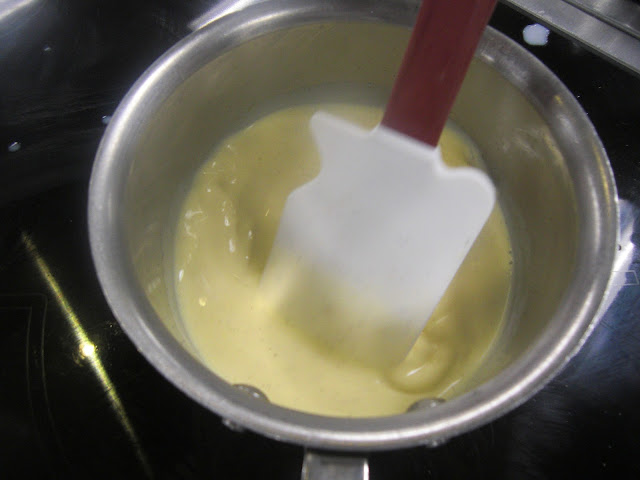 Mr. Husband's Armagnac was stolen and was flambeed to top the pudding. 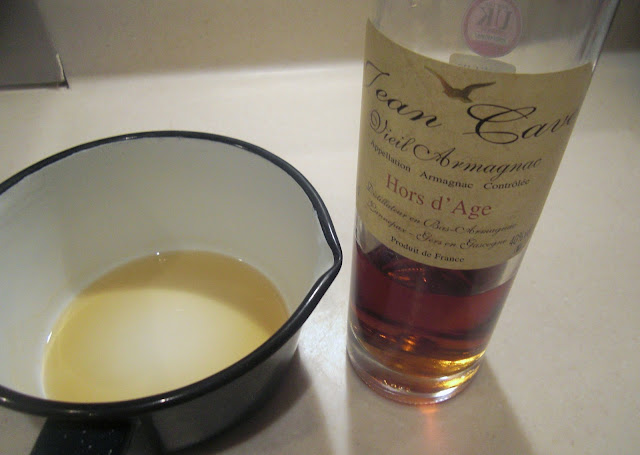 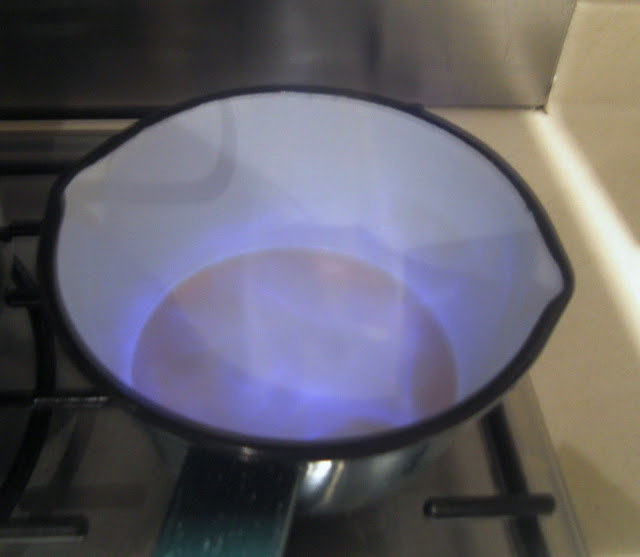 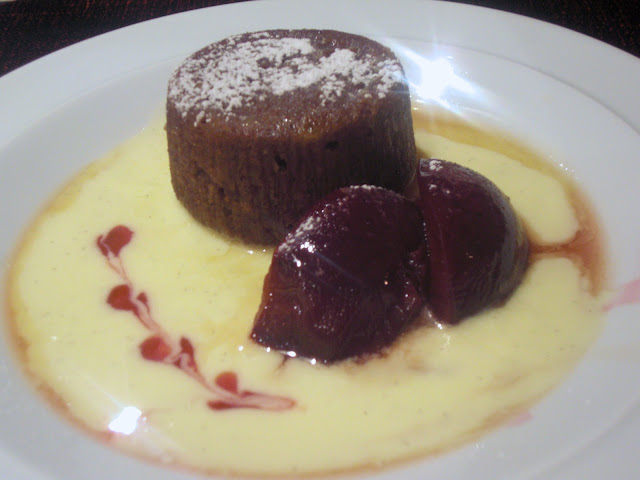 In this Christmas Pudding, I learnt that the gluten of strong flour is effectively deepen the flavour of dried fruits and the scent of liquor.

I will introduce my remaking recipes of leftover from these Christmas Dinner dishes.
Posted by Unknown at Wednesday, December 05, 2012