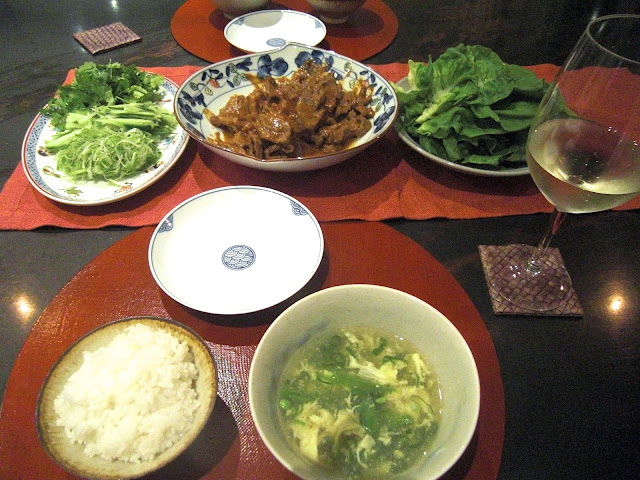 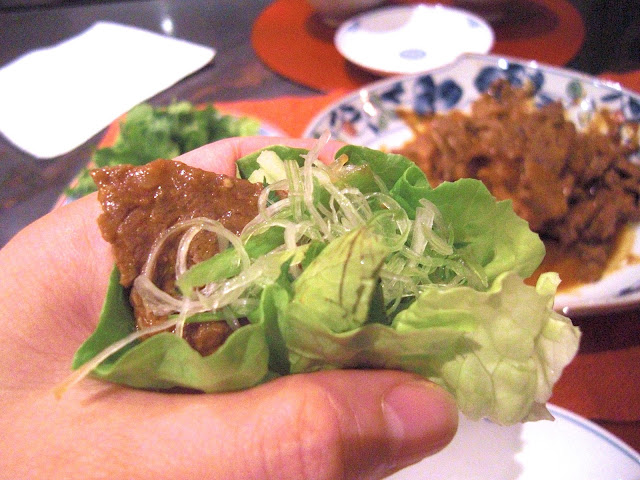 Korean BBQ is one of the most popular menus in Japan.  In Korea (and also in Japan) BBQ sauce usually do not involve miso. However, it is impossible to get the sweet mild BBQ sauce in London. Therefore, I invented this miso-sauce for Korean BBQ.

Peel the skin and remove the cores of pear, garlic and onion then cut into pieces roughly.
Put all the ingredients into a mixer and blend till it gets smooth (for 1 mint)

Enzyme from pear and onion make the meat tender.  The gentle sourness and sweetness of pear moderates the strong flavour of garlic and chili. Pine nuts and honey makes the texture and flavour rich and deep. I tried with an apple instead for pear but it was too sharp. This sauce is soooo yummy!

I usually use a half potion of sauce for 200-300g meat each time then freeze the rest in a bag.

People eat different kinds of meats of many parts in Korea. What I like is GALBI, thinly sliced  beef rib. Frozen GALBI potions can be found in Korean food shops. 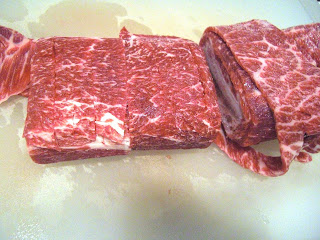 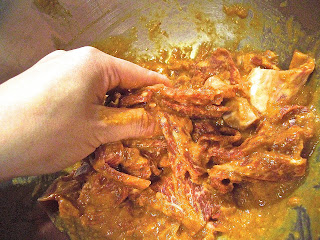 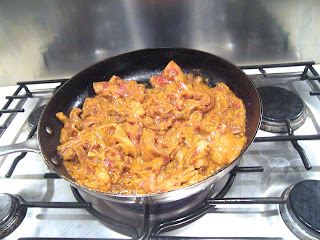 While soaking the galbi in the sauce, prepare the garnish (Lettuce leaves and some more greeds)
We easily finish one bunch of round lettuce. In addition, I usually prepare a bunch of coriander, 1/2 cucumber cut into thin stripe, and spring onion cut into thin stripe (lengthwise, or following the fibre) and wash in water and drain, then wipe it with kitchen towel. 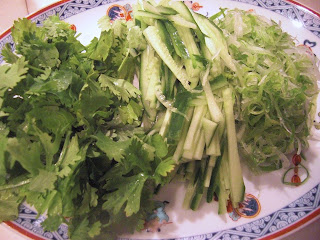 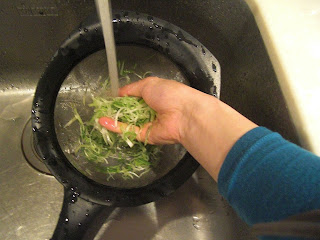 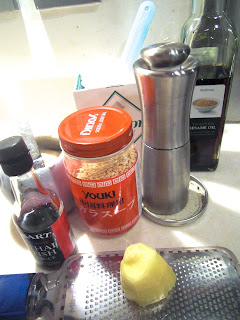 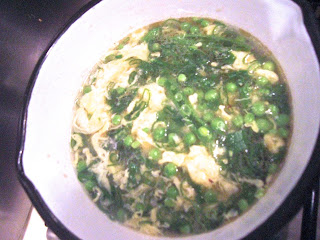 Serve the meat underneath of a lettuce leaf, topped with coriander, cucumber and spring onion!! 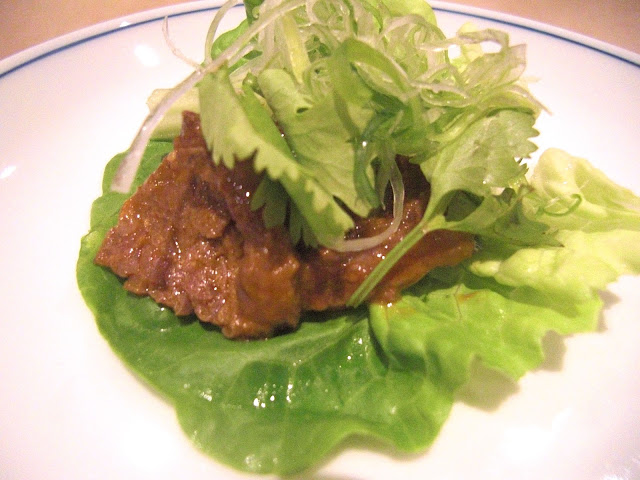 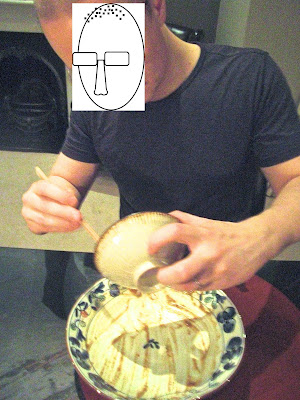 Email ThisBlogThis!Share to TwitterShare to FacebookShare to Pinterest
Labels: Korean_Meat