This menu is created in Japan in early 20th century. When Japan opened to the international world, many western things were introduced there including food such as omelette. They started to season rice with ketchup and add the omelette or scrambled egg on the top and called it "rice omelette". In this way the menu "omurice" was  established. Omurice is still very popular all over Japan. It is one of the best way to recycle leftover rice and veggies. 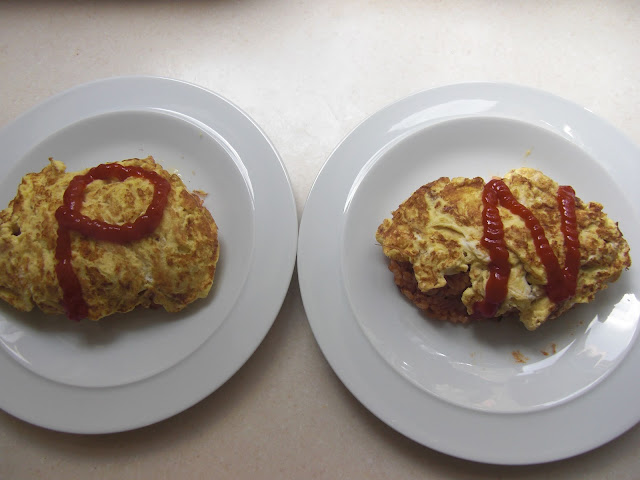 To see the omurice cooking, please watch a scene from a film, "Tampopo".
http://www.youtube.com/watch?v=iu7amiPEJhU&feature=fvwrel. 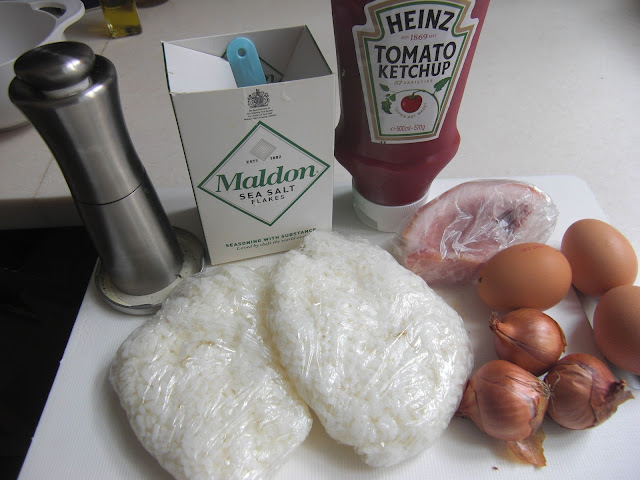 2.5 cups of leftover rice (if it is frozen, please defrost in microwave for 40 seconds), 1/2 large onion, 4 eggs, 2-3 pieces of ham or sausage, 3 tablespoons+ ketchup, salt and pepper

Email ThisBlogThis!Share to TwitterShare to FacebookShare to Pinterest
Labels: Leftover menu_Japanese/French_Egg and Rice