Next day, we got a car from City Car Club and driven 2.5 hours to get to Gleneagles Hotel in Perth and Kinross.
It was a venue of 2008 G8 summit and is a very famous golfer's heaven. 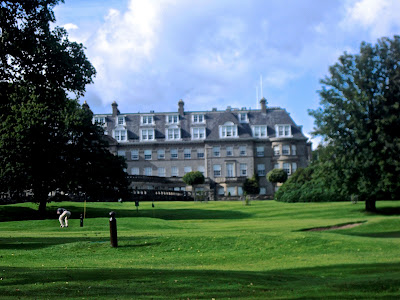 Our aim of this time's visit was not golf, neither spa, however Michelin 2 star rated restaurant Andrew Fairlie. 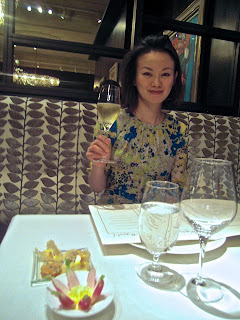 We tried 8 courses tasting menu. All the starters were stable in presentation and taste. The surprise was the main. The first main, lobster with Hollandaise sauce and herb, was very nice. The second was the lamb. Whenever we saw sheep on our way to get the hotel, we dreamed them on the dish. The chef Andrew Fairlie didn't betray our dream.


I usually do not expect modern decorated hotel restaurants to be great atmosphere. Alain Ducasse at Dorchester Hotel was too flashy and un-cozy, Maze (Gordon Ramsay) in Marriott Hotel looked like an extension of the hotel lobby. In comparison, Helene Darroze was advantaged from the depth of history of Connaught Hotel.

As a modern decorated hotel dining, Andrew Fairlie was not so bad. The restaurant was not so spacious and also well-soundproofed from large conference rooms and bars annexed therefore it was somewhat cozy. However, there were no windows. Perhaps it was to be independent from the massive nature surrounds the hotel. 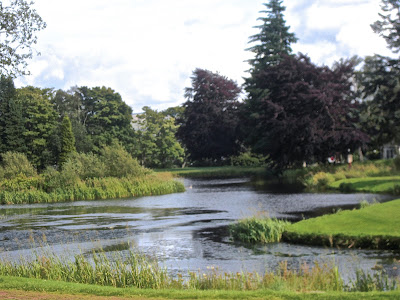 Next morning, we went for clay and rabbit shooting. 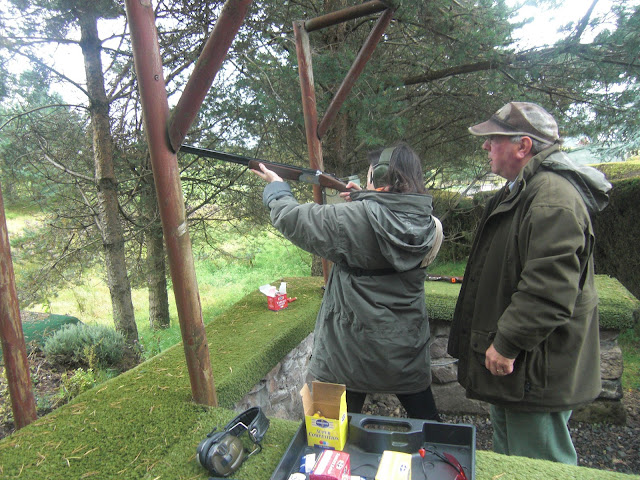 Glenagles Hotel is certainly a top resort hotel. However, I don't think we will return there after the experience of a true, warm hospitality at Prestonfield in Edinburgh. Though the deco wasn't my taste at all, Prestonfield got a caracter of space and people of Scotland.

We drove back to Edinburgh and nicely parked to the City Car Club space. Then an accident occurred. Before checking out, Mr. Husband cleaned the car with wipes. After a while, he started to search the membership card to complete checking out. He was holding it some seconds ago but not anymore. After some useless searches elsewhere, we concluded that he threw it into the street bin together with wipes. The bin was tall with narrow entrance and the lid was nicely locked like posting box.

A tiny mistake turns out a disaster. Such things often happen to me. Aiming to make meringue and breaking the egg then finding the egg white in the sink-drain and the york in the shell... However, Mr. Husband seems not to be tolerant for that. He was very embarrassed and called to the club, explained and begged the operator "please don't tell anybody about this. My wife is laughing at me.." 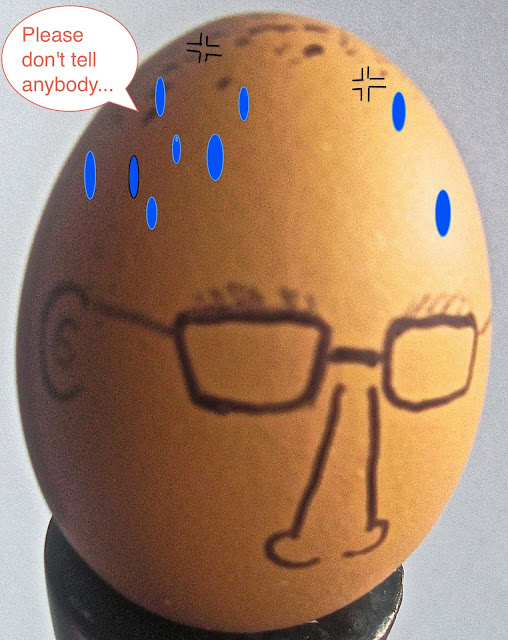 It was really amazing visit!
Thank you Mr. Husband!!

P.S. Mr. Husband strongly recommends City Car Club. According to him, they are very nice and kind as the club. Also everything is remote controlled, such as locking and turning off the light.
(even when you lost your membership card,
they can do it for you.)
Posted by Unknown at Friday, August 31, 2012